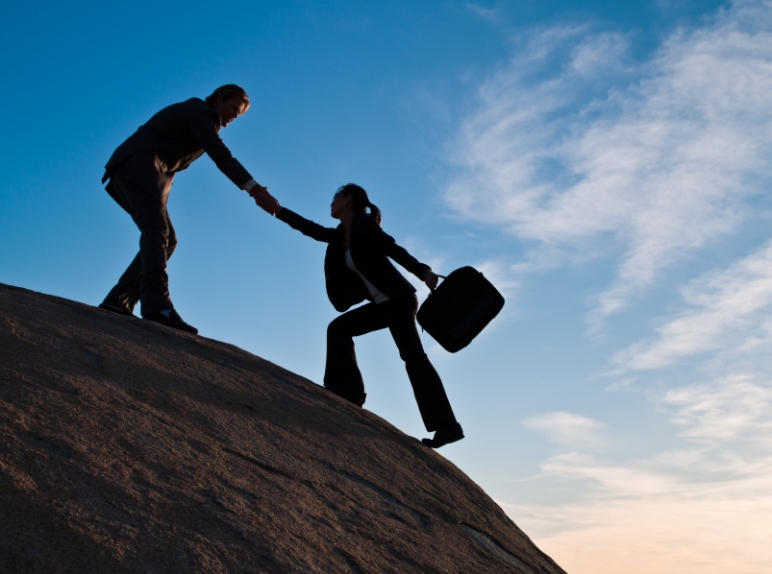 ​Servant leadership is a term used today to express the most successful approach to a leadership style. It is being credited with being the catalyst of bottom line improvement in business gain due to a direct correlation to employee growth and development.

It is an attitude built on the premise of thinking of the employee first and not mere profit gain. The servant leader is motivated by core values that center on the people and not the product. It’s not that the product is important, but rather they place value on the person instead of viewing them as a means to an end. They value the worker, the citizen, and believes that all deserve respect, civility, and input. In other words, if more product and increased profit means the breakdown of the employee, then the increase is sacrificed to maintain the value of the worker. When a person senses he is valued by a superior, his motivation to care and productivity will increase. In that kind of atmosphere, you do not have to increase more hours to wring production out of employees but you will gain more in the same time period simply from the stimulation of being valued.

Servant leadership does not believe you have to hover over employees and use an authoritarian style to get things done. Instead, they realize it’s their responsibility of creating the right culture and right values resulting in stimulating people to do extraordinary things. Company pride will swell in the hearts of the employees and their desire to see the business grow will be evidenced by their innovation and productivity.

Likewise, national pride grows in the citizens of a country when they feel valued by their government and leaders. Patriotism soars and unity begins to take place as people rally around the common cause of making their nation great. They see the worth in their nation being successful so their investment becomes important to insuring the next generation benefiting from it.

Servant leadership is not for the lazy or faint of heart.

It requires discipline and great effort. Servant leaders must be diligent in fighting the temptations of elitism, arrogance, complacency and better-than-you attitudes daily. Reminding ourselves that its not all about us keeps things in a right perspective.

Operating the golden rule ethic in business, government, and everyday life, is a guardian of the things that matter most – PEOPLE!

6 thoughts on “Servant Leadership not for the Faint of Heart”