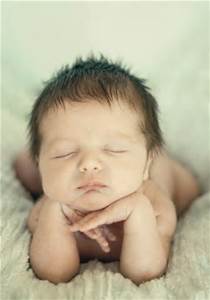 It’s hard for me to remain silent concerning issues that are in direct conflict with my core values. When partial birth abortion is unapologetically defended by politicians and there is not a major outcry or reaction by the constituents of a Christian nation, that bothers me. Politicians have become masters of nomenclature. Partial birth abortion in reality is the plunging of forceps through the back of a baby’s skull and the brains suctioned out by way of a vacuum all while being in the birth canal. It is barbaric to say the least! How anyone can defend such despicable behavior in the name of a woman’s right is beyond my comprehension. Much of abortion is the result of attempting to circumvent the law of sowing and reaping. It’s the attempt to eradicate the harvest of a seed sown.

We must realize that every decision has a consequence. When that consequence is a human life, it cannot be reduced to an inanimate object of inconvenience thrown to the garbage heap of disposal wares. Thinking that once the deed is done, we have erased the pings of conscience and we are released from the strings of responsibility is evidence of a nation sliding towards the abyss of insanity. We laugh at the weirdness of Rome and their ludicrous behavior perpetrated by emperors of madness. Yet, how are we so far from their dismal existence when we murder our children, disdain the elderly, and plunder the moral high ground we once cherished as a nation.

The success of a civilization is predicated on its value for human life. When a society places the same esteem on all life regardless of age, race, ethnicity, social and economic backgrounds, they are establishing a solid foundation for longevity. When select groups of people start establishing tiered value systems based on age or if the person(s) are merely an inconvenience, they have set a shelf-life for that society and guaranteed a selfish implosion.

America, you were never perfect but you was on a road to a better place. Somewhere you lost your way and became detoured by selfish interests that is willing to sacrifice the precious for temporary bliss. America, get back on that road to a better place. Once again rise back up to that place on a hill as a shining city of hope to a world that desperately needs it.