Having proper strategy is paramount in producing real and lasting change. Whether it’s an environment, nation, or a culture, there must be implementation that comes forth from a blueprint that channels us towards the expected end.
We can be more in love with the idea of changing the world than of actually changing it. A philosophy or theology of world change without a strategy for doing so does not produce the work of the Kingdom. The first step in bringing the vision to fruition is what you invest in.
The quality, longevity, and impact of a leader’s legacy is determined by what he/she invests in. Saddam Hussein invested in buildings, statues, and himself, and his legacy is being erased every-time a building is destroyed with his name on it. Nelson Mandela invested in people instead of himself and he still lives on through the next generation. A visionary must invest by reproducing what’s in them into others to carry the mission. This requires the absence of insecurity and losing control phenomenon in the leader. Expansion happens when leadership defines concisely the mission and expected end and then invests in the qualified for exceeding themselves generationally.
Jesus invested in people, specifically in twelve. The Caesars invested in buildings with their names inscribed on them and invested in themselves in extreme indulgence. 2000 years later people still name their children Jesus, Peter, and James, while they name their dogs Caesar and Nero. Christianity boasts of two billion followers while Rome no longer exists. The difference? One invested in people while the others invested in material things and themselves.

Leadership should concentrate on developing people instead of managing them. Managing maintains status quo but developing them creates a better future filled with greater opportunities and lasting achievement.
Leadership must think generational – vision always outlasts the person. Leaving a legacy is not my name on a building but leaving my experience deposited in someone for the next generation to build upon. Buildings can collapse overnight and has no ability to produce another building.

However, a generation can produce another generation with your vision at their core and your impact lives on. When we as leaders leave this world, the greatest memory should not be the eulogy spoken at our funeral or the epitaph inscribed on our tombstone. Rather, it should be the lives that continue to speak and produce what we started.
Jack Welch said “Before you are a leader, success is all about growing yourself. When you become a leader, success is all about growing others.” Leadership must always remember that people and not position, power, and agenda, are what is more important. 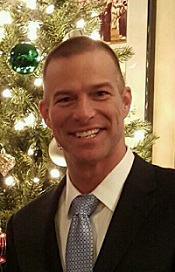 One thought on “Leadership and It’s Investment”